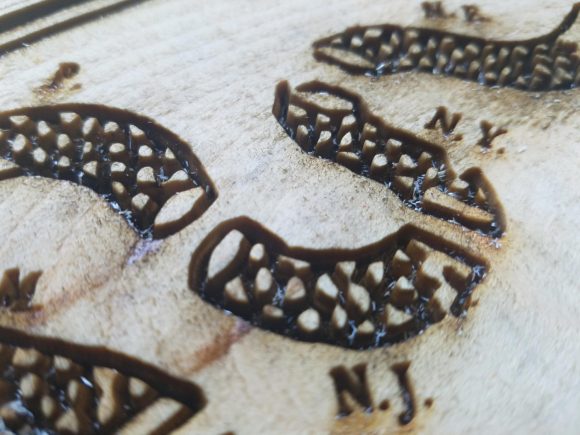 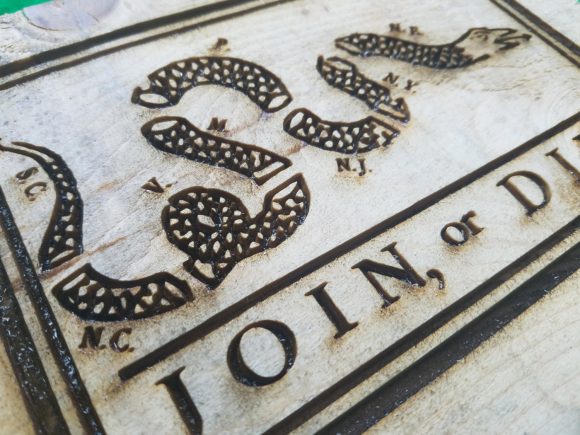 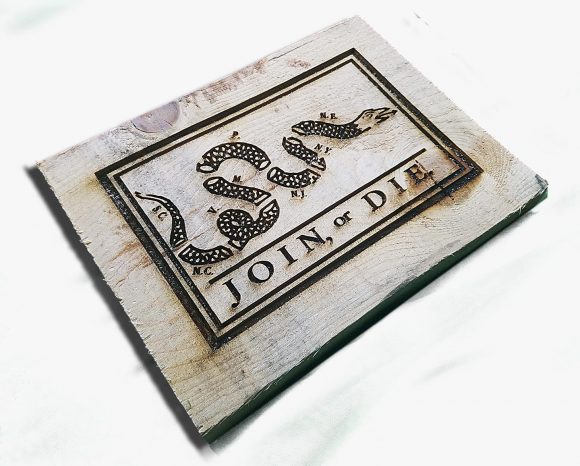 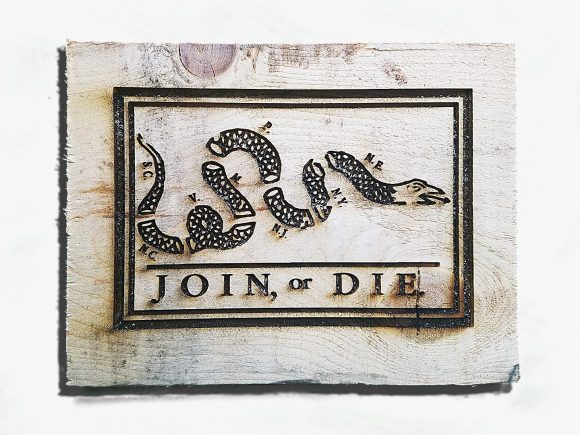 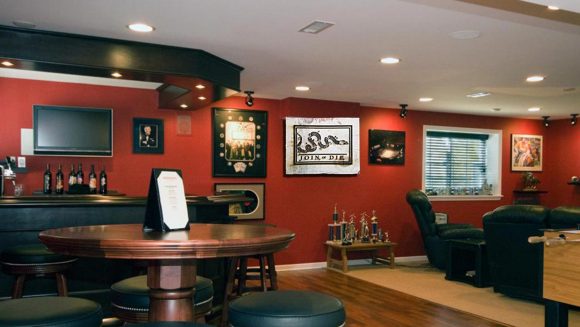 This Join or Die flag is engraved into wood. 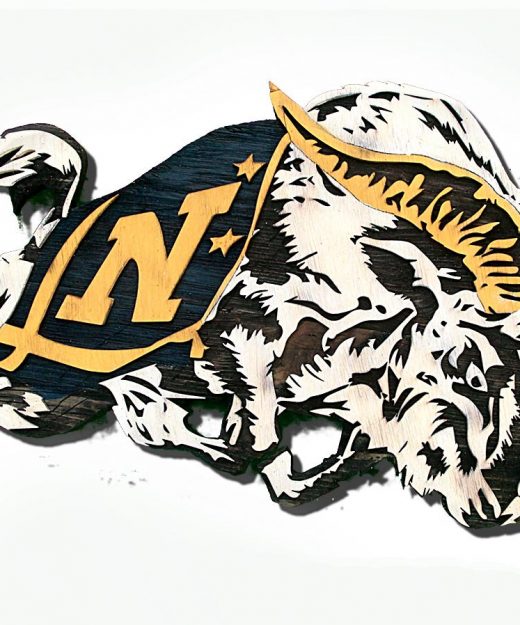 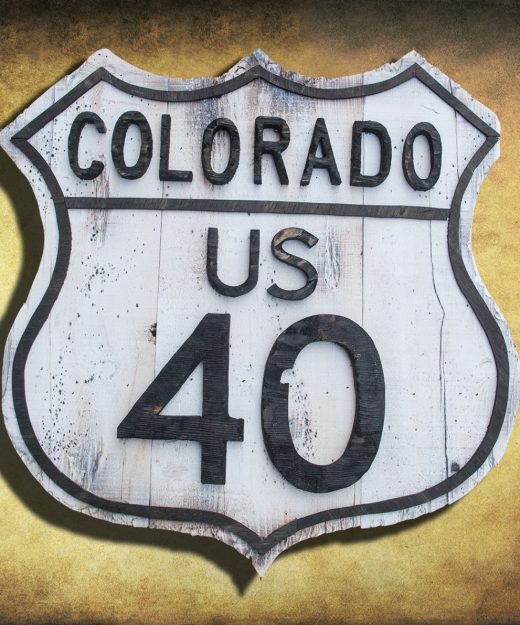 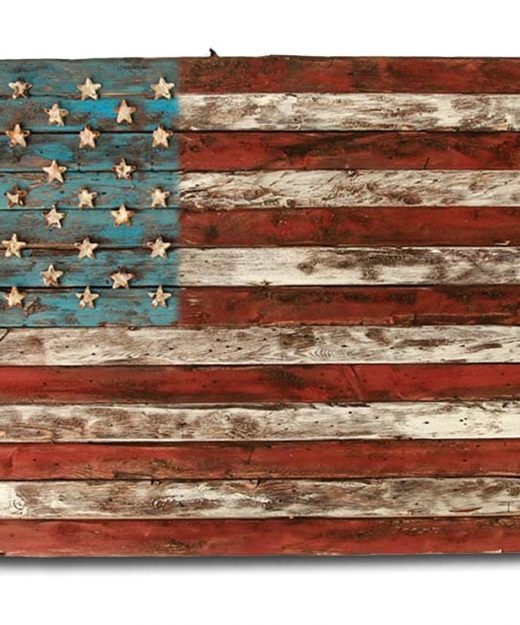 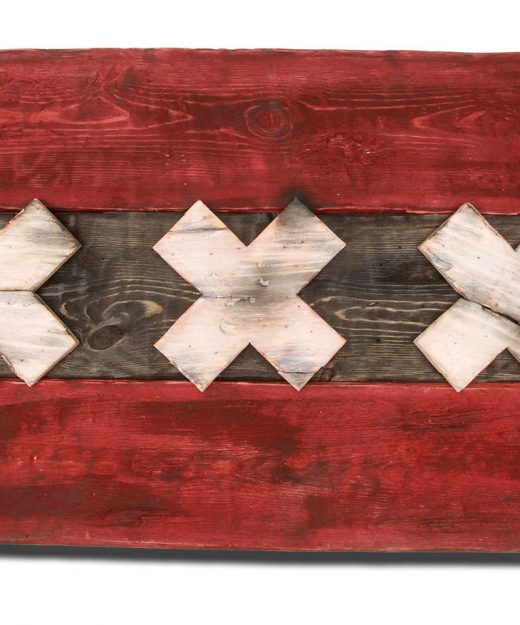